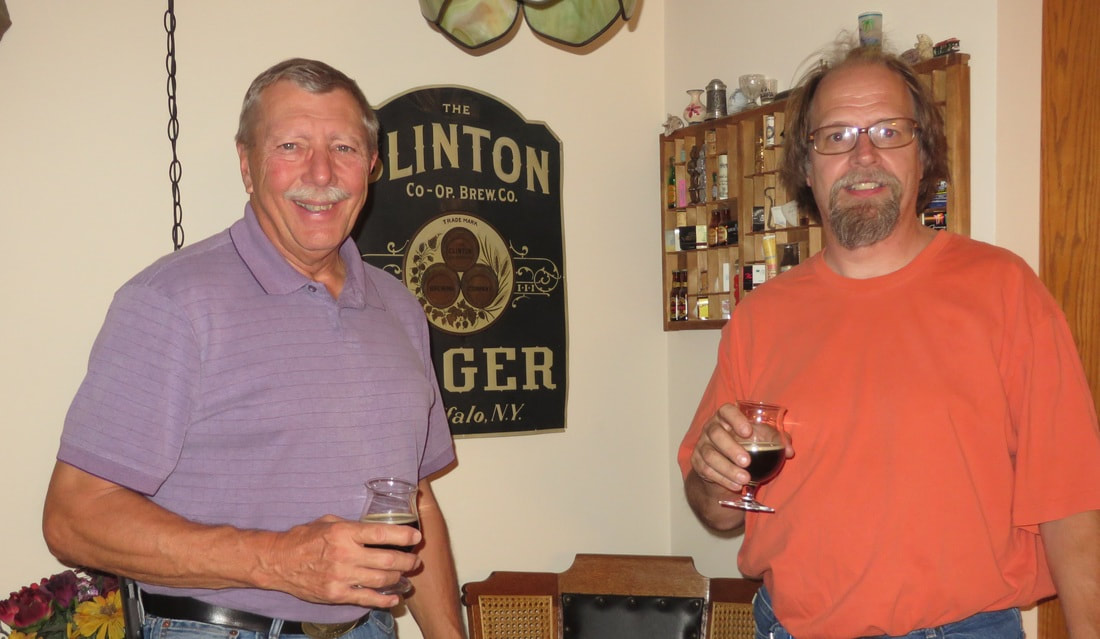 John Eiss on left and Dave Mik on right

The Fish Brewery in Batavia was the first brewery on the Niagara Frontier. Add from The Black Rock Gazette 1827. 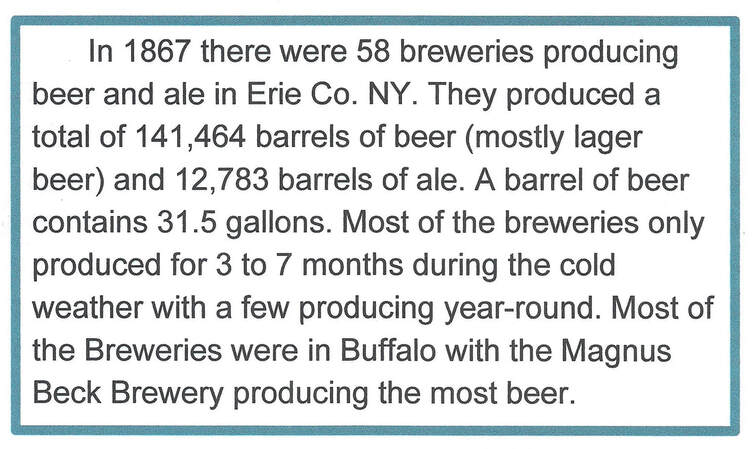 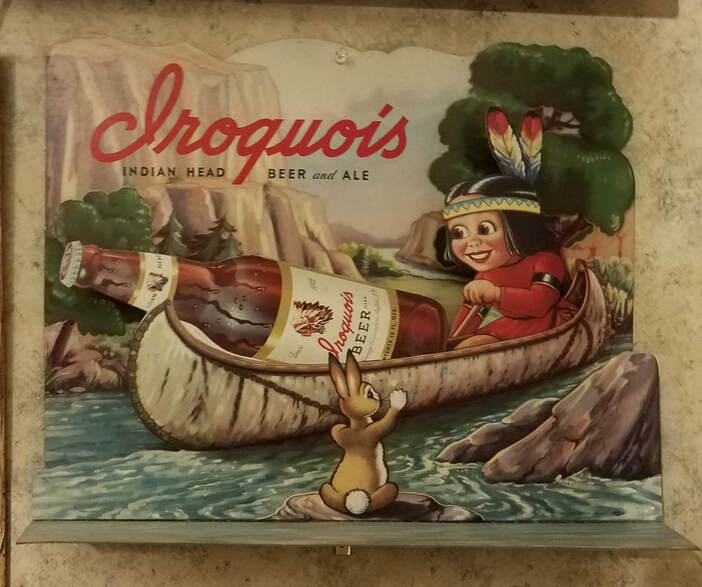 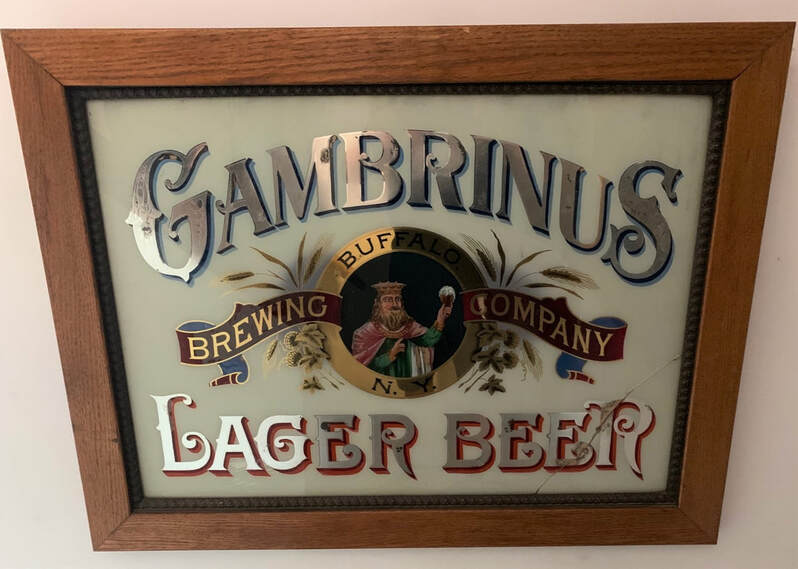 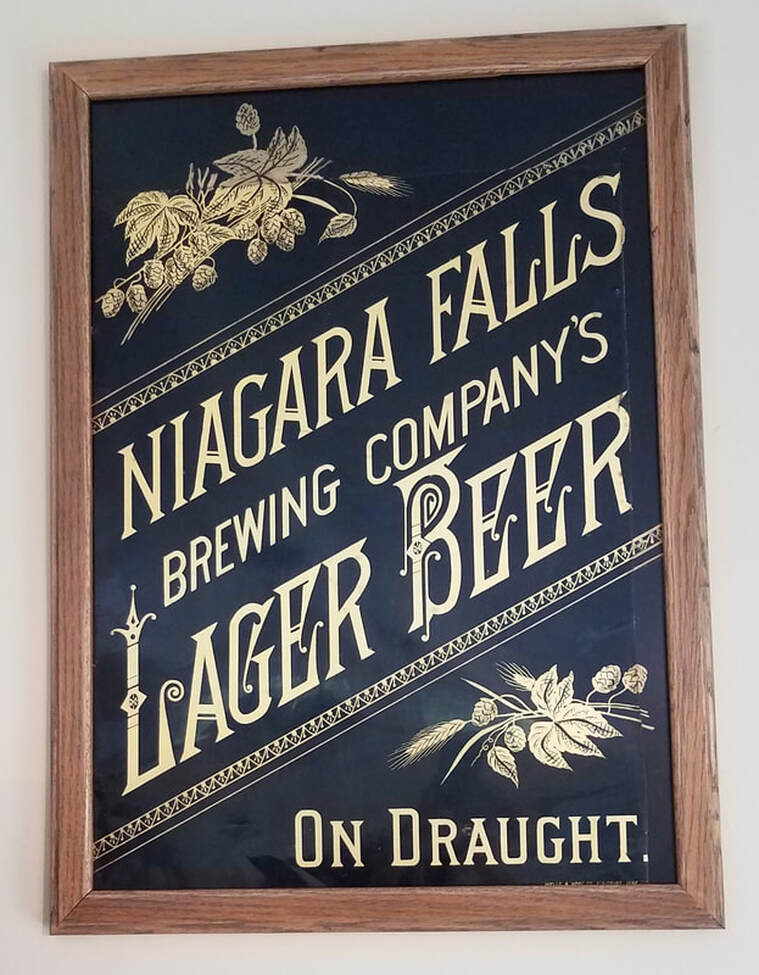 From The February 2019 Edition of the NABA Magazine
Quick Brewing history fact: In 1870 there were 41 Breweries operating in Buffalo and at the beginning of Prohibition there were 18 breweries.

This is the only original photograph, known to exist, of the Fox & Williams brewery,. They were located in Buffalo on Morgan and Mohawk Streets. Operating between 1865 and 1875. Thanks to Dave Mik for the Photo.

Iroquois Brewery Beer Case. Known as a railroad case because of the lid and inside dividers and used to ship beer around the region. 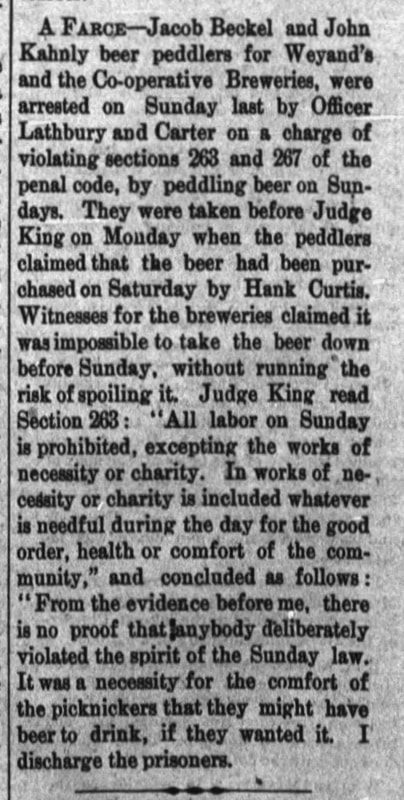 
​A good read on the attitude toward blue laws prohibiting the sale of alcohol on Sundays in 1888. I love the judges rational. Black Rock newspaper article from 30 June, 1888

Steins Brewery being demolished in 1959. photo by John Eiss 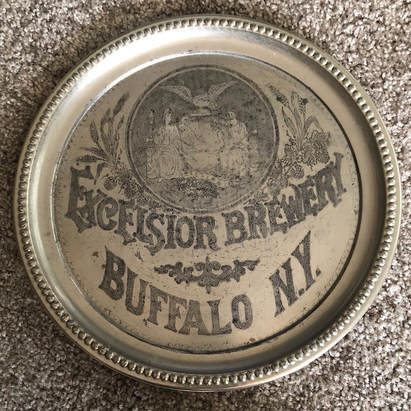 The Excelsior Brewing Co. Operated at the corner of Clinton and Pratt (now 458 Eagle St.) from 1887 until 1920. Originally the Kaltenbach Brewing Co. It began operations in 1877. 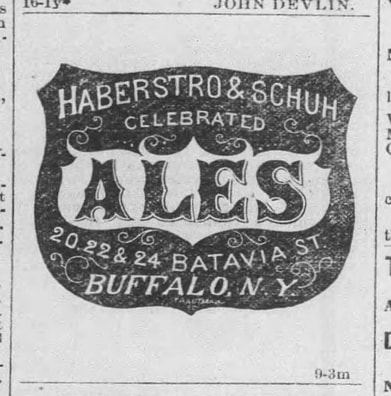 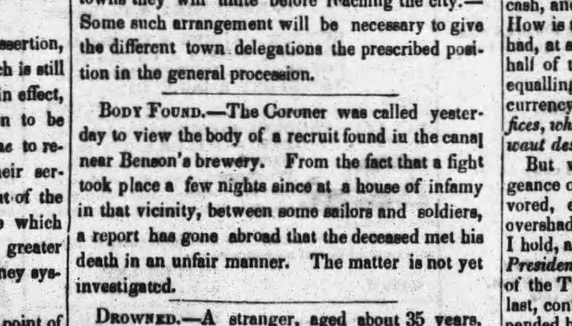 ​Buffalo's "Canal District" rivaled San Francisco's "Barbary Coast" in the 1840's. This report was printed in the "Buffalo Commercial Advertiser" on 28 Sep. 1840. 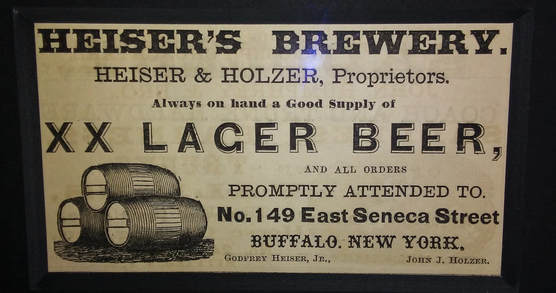 ​Heiser's Brewery add from the New York Almanac of 1867.
provided by: Erik of the Simon Pure  Brewery Collectors  Beer Club

Dave and I have been researching Buffalo and Niagara Frontier Brewing History for many years. In an effort to make this information available to as many people as possible we have created this web site. Every effort has been made to to be as accurate as possible.  We will continue to updating the site on a regular basis.
Please feel free to contact us with any comments or additional information you may have on Buffalo Brewing history. Thanks

2015 John Eiss & David Mik.  All rights reserved. Viewers are encouraged, for personal or classroom use, to download limited copies of posted material.  No material may be copied for commercial purposes. The authors reserve the right to update this information as appropriate.
Buffalo   John Eiss - Web Master